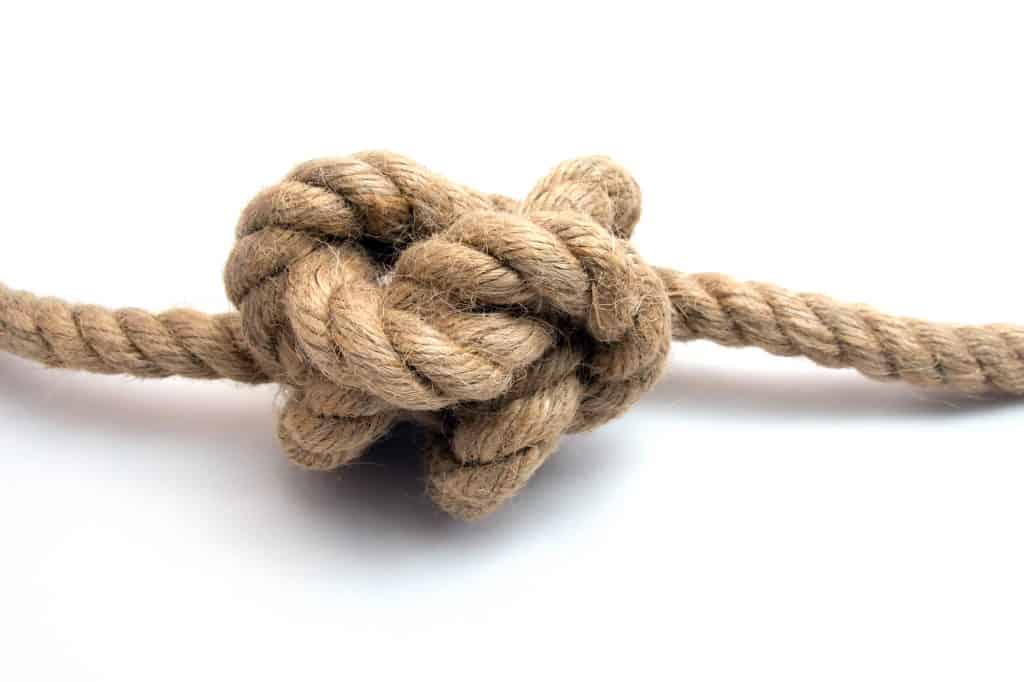 Magnet fishers need to master a handful of high-quality knots to ensure that they don’t lose their gear.

The following three knots are the best for magnet fishing and suitable for multiple purposes.

The double figure eight knot is likely the most popular choice for magnet fishers.

This knot provides you with a multitude of benefits and only a handful of drawbacks.


The tying process for this knot is among the simplest on this list and includes the following steps:

Seeing exactly which strands to pull and where to take them should make tying the knot much easier for you.

The benefits of the double figure eight knot include how it is:

Though the double figure eight knot works well for magnet fishers, it has disadvantages, including how it:

The double figure eight knot is a popular choice for a multitude of purposes, including how it is:

Any fisher has likely mastered this simple knot years ago, as the anchor hit is useful for anchors and other uses.

Magnet fishers should, therefore, master it as soon as possible for their favorite hobby.

Thankfully, most should be able to handle it with little difficulty.

This simple process makes the anchor hitch a knot that you shouldn’t have to practice too often.

While the double figure eight is also fairly simple, the anchor hitch is likely the easiest one to tie on this list.

Magnet fishers interested in this knot should understand why it is so beneficial for their hobby.

Benefits include how it is:

The following concerns should all be considered before you try mastering this knot:

When you master this knot, you can utilize it in a variety of other ways, including:

This knot, otherwise known as the hangman’s noose, is adaptable for many magnet fishing situations.

Though this choice may be the most difficult to tie on the list, it does provide a sturdy and reliable knot that is unlikely to give out on you.


Although the uni knot has relatively few steps compared to other knots on this list, you will need to practice this process a few times to get it right.

Tying a uni knot requires you to:

Magnet fishers interested in this knot should understand why it is so beneficial for their hobby.

Benefits include how it:

Though the uni knot is likely the strongest of all the knots on this list, it creates many unique challenges, including how it:

Mastering the uni knot is a great idea because you can use this knot in many other ways, including:

Practice these knots several times before you go magnet fishing to ensure that you do them right.

Once you can tie these knots without any difficulty, you can go out magnet fishing and catch some great treasures.