You are here: Home / dangers of magnet fishing / The Top 5 Dangers of Magnet Fishing (And How to Avoid Them) 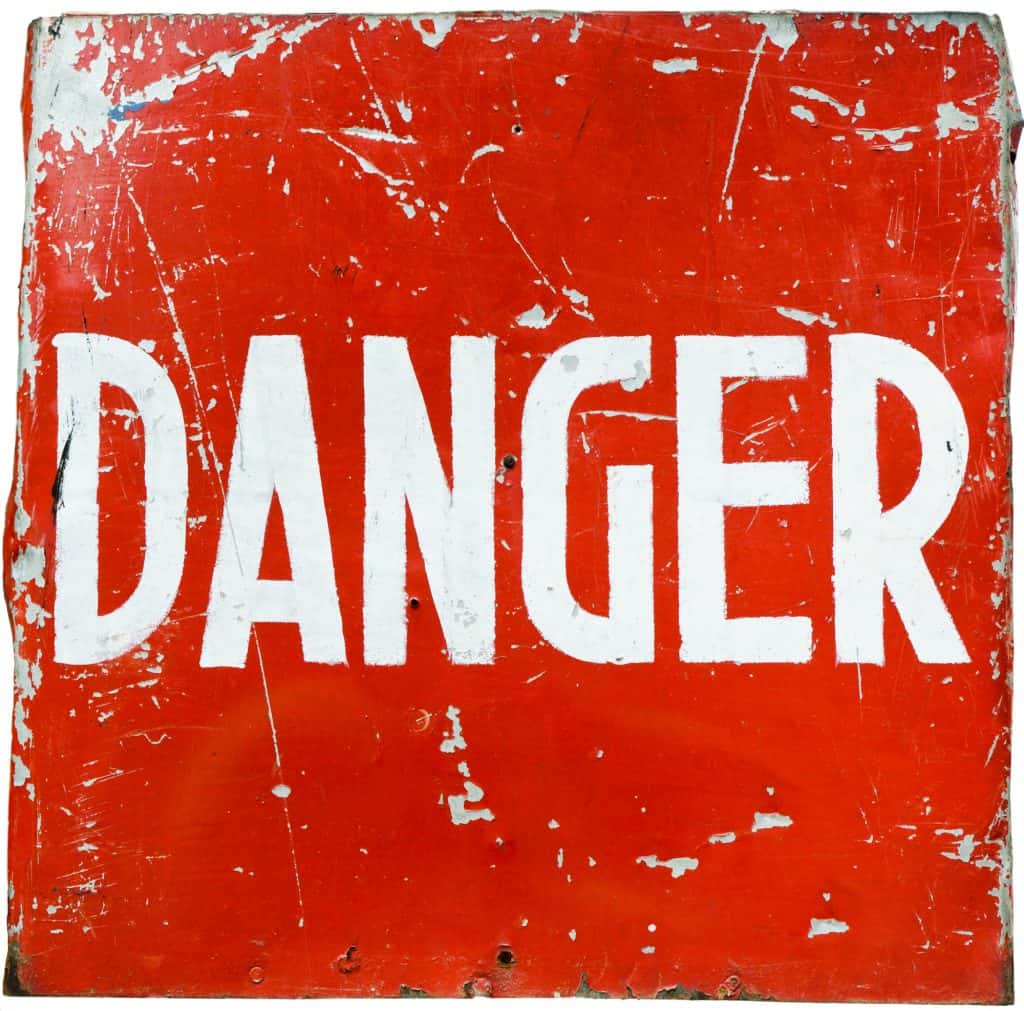 Magnet fishing has become something of a controversial past time in many circles.

While fans argue that this activity is very safe and doesn’t hurt anybody – and helps the environment by cleaning out debris from water – critics claim that magnet fishing can be dangerous.

The following five dangers are the most common that could affect you while fishing but, thankfully, they can be avoided.

Magnet fishing always takes place near a variety of different bodies of water, which puts you at a particular risk of drowning.

While you don’t have to enter any water to magnet fish, there is always a small chance that you could slip into the water and struggle to get out.

Though this may seem unlikely, a recent story found a father and a son both drown while magnet fishing, which likely occurred when the son fell into the water and his father tried to save him from drowning.

This situation gets worse if you’ve already collected a large number of items on your magnetic fishing trip.

For example, if your pockets are weighed down with a large number of metal items, you might find it hard to rise above the surface of the water.

Even worse, you could be fishing alone – because you tried to sneak onto somebody else’s property – and have nobody to save you when you fall into the water and can’t get yourself out of its rushing currents.

The best way to avoid this danger is to stay away from potentially-weak areas while fishing, such as crumbling shores.

And avoid other types of problematic regions, such as high cliffs or areas that would be hard to climb if you fell in the water.

If you’re fishing from a bridge, make sure that it is strong enough to support you and doesn’t suffer from any damage.

Most importantly, never magnet fish alone and, if necessary, tie yourself to a tree or your partner to make it easier to pull yourself out.

When magnet fishing, you’re typically going to use at least one rope to pull back your magnet from the water.

However, you may end up using more than one in some circumstances, such as if you attach a second guide rope to avoid losing your magnet in rougher water.

However, these lines can easily get tangled around each other and cause complications with your magnet fishing that can become particularly dangerous if you aren’t too careful.

For example, you could get tangled in a lengthy portion of your magnet rope when dropping it off of a bridge and find yourself following the magnet down to the river bed.

Even in less dangerous situations, such as if the rope ties around itself when dragging it back to shore, you’re wasting a lot of time trying to sort out this issue.

And, if the rope gets tangled up in the water and you need to go into it to remove the knot, you could find yourself getting swept up by the river or lake and pulled downstream in a dangerous way.

The simplest way to avoid this problem is to use high-quality rope that won’t tangle up as quickly as other types of line.

Sometimes, the rope that comes with a fishing magnet isn’t always of the highest quality.

The chance that it will twist around itself is quite high, so get rid of this basic type and get a rope that works better for you.

Just as importantly, you need to make sure that you work out any kinks in your line as you pull in your magnet and keep your feet away from it at all times.

You may even want a pulley that you can use to keep your rope knot-free.

3. Issues With Other Fishers

The increasing popularity of magnetic fishing means that you’re likely to run into other fishers at some points in your adventures.

Often, these individuals are amiable and will talk to you about what each of you has found during your fishing.

However, situations exist that could get quite nasty if either you or the other fisher is aggravated.

Typically, fighting between magnet fishers occurs when somebody has something that the other angler wants or if different types of personality conflicts develop while you are fishing alongside somebody else.

For example, you may be fishing near somebody else and both latch onto an item at the same time.

Though rare, this situation could become a problem if the two of you pull it out together and cannot come to an agreement on who takes it.

Likely, both of you will want to claim it as your own – understandably – and may be unwilling to let the other have it.

Verbal spats and fist fights are the likely results, which could both be very painful.

However, you could even experience real physical danger if somebody pulls out a gun or knife on you and threatens your life over a simple object.

The best way to avoid this problem is to find places to fish that are a little bit off the beaten path.

For example, you could talk to somebody who has part of a river deep on their land and ask them if you can fish here.

The chances of running into other magnetic fishers are meager in this situation.

And if you do get into any conflicts, try to resolve the situation in a calm and relaxed manner.

Yelling and screaming won’t help anything and can make the situation much worse by exasperating the individual with whom you’re fighting and could cause other personal difficulties.

2. Weapons or Other Devices Found

While this situation is typically quite rare when magnet fishing, there is a chance that you could find dangerous items such as knives, guns, or even explosives while magnet fishing.

For example, you could find a large knife, a pistol, or even a grenade in some bodies of water.

While the risk of explosive devices is much lower than other types of weapons, some people have found these items in lakes, rivers, and even ponds.

Typically, this discovery is more likely near military bases or in Europe near WWI and WWII battle sites.

The dangers of finding a weapon are apparent.

First of all, you could easily cut yourself on a knife while handling it and get infected with various bacteria from the bed of the lake or river.

Secondly, the gun could go off and shoot you or somebody else.

Even worse, the weapon could be tied to a crime that could impact your life in many ways.

Lastly, an explosive such as a grenade may be somewhat damaged after lying under water for so long and could go off even if you handle the item very carefully.

The moment you pull any of these weapons out of a body of water while magnet fishing, you need to stop immediately and contact the proper authorities.

Never handle any of these items on your own to avoid contamination or physical injury.

Let the police, FBI, or other law professionals handle this situation for you to avoid any legal complications.

And if, for whatever reason, you need to pick up the knife or gun – never pick up explosives, ever – use gloves to avoid adding your fingerprints to it.

By far, the most dangerous element of magnet fishing is the magnet itself.

While you may be used to working with smaller or less powerful magnets – such as those that you put on your fridge – fishing magnets are a completely different beast than those meager magnetic items.

These magnets are designed to be as strong as possible and are potentially dangerous if you misuse them.

For example, multiple magnets may slam together and cause sparks or even fires if you aren’t careful.

Even worse, some fishing magnets may interfere with the operation of various electronic items.

For example, your cellphone, computer, or other devices may have their memory wiped by the powerful magnetic force of your fishing magnet.

Even worse, these magnets may be dangerous to those with pacemakers because they can interfere with how they run.

Heart attacks and other cardiac problems may occur if you aren’t careful with how you handle your magnet.

The easiest way to avoid this problem is to stay away from magnet fishing if you are likely to experience any adverse side effects.

For example, those with pacemakers should never magnet fish, no matter how fun it sounds.

Just as importantly, you should store your magnet in a bulky case that keeps it from slamming into other magnets and protects electronic devices.

And make sure to wear gloves when handling your magnet, as the attractive force may damage your skin.

While magnet fishing isn’t a dangerous sport, you still need to take your equipment and your expedition seriously every time you go out.

You need to prepare for these dangers properly and to take other preventative steps to ensure that you don’t end up suffering because you weren’t careful enough with how you prepared your magnet fishing adventure.

And make sure, before you go out, there you fully understand any of the laws dictating magnetic fishing in your area to avoid legal issues. 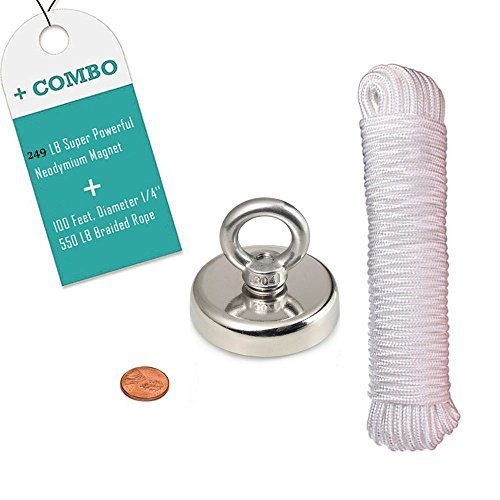 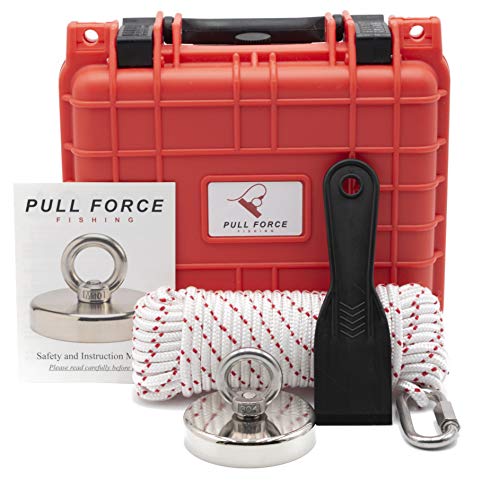 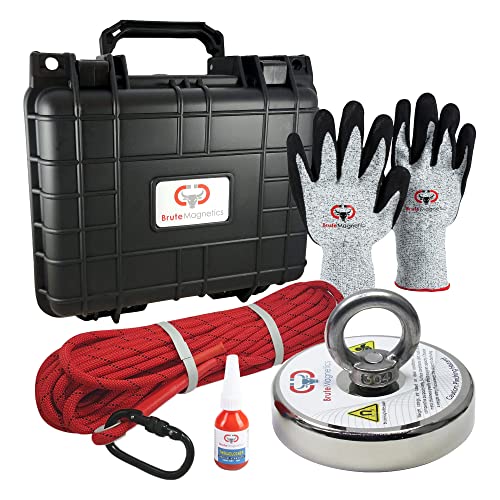 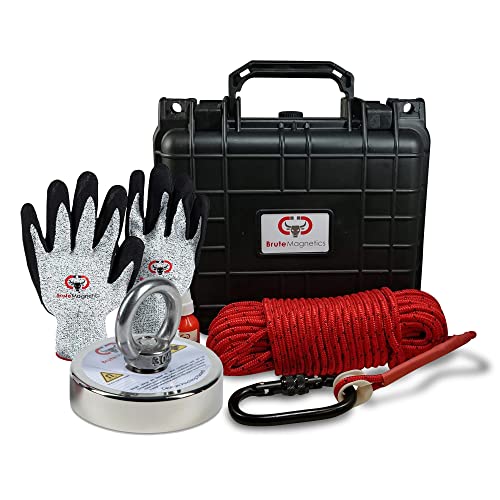